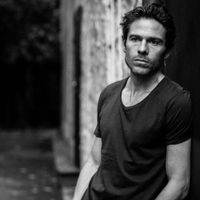 Singer-songwriter, Americana, Indie Folk, Acoustic – these are all labels that could aptly apply to Australia’s Mark Wilkinson, but ultimately he lends his voice to the human condition. Those moments in life that bear memory, those questions that drive us all. So universal they aren’t bound by time or place, but so few can ever put into words.

"He truly has a gift for poetic lyrics...There's a glow of warm around him and richness to his supreme voice, sending shivers down spines as he pulls you into the soul of him." – Hazel Buckley, TheMusic.com.au

It’s this simple but all too rare ability to connect that’s brought him acclaim the world over. His music has risen the charts on two continents, his shows have sold out in half a dozen countries more. He’s shared arena stages with some of music’s most enigmatic names like Brian Wilson and Rodriguez, but he can still be found performing on the street, forging connections through song without barrier or contrivance.

With three full length albums under his belt already, 2019 sees Wilkinson return to the live stage in support of his fourth record, "Blue Eyed Girls". Set for release in March 2019, this new collection of songs comes hot on the tail of "Wasted Hours" which hit #1 on the Australian independent album charts in early 2018.

The 'Blue Eyed Girls' tour will encompass a lengthy run across Australia throughout March, April and May before heading to North America in June and onto Europe through July and August for a slew of shows in the northern hemisphere.

Don't miss the chance to catch one of his powerful and moving live performances as he showcases songs from his new album along with fan favourites from his ever growing catalogue.

Age Restriction: This event is open to people of all ages.